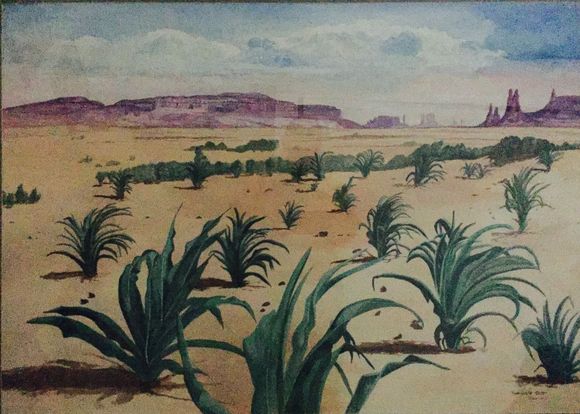 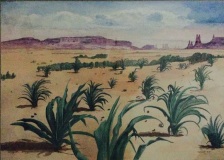 Sitting Below These Beautify Desert Mountains The Maze field Represents An Early American Way Of Life That Still Lives In The American West.America's First Ranchers Grew Maze. In this Time Capsule of American History Bruce Swift Captures the Dedication and Love Early Americans had for Their Land and Their Natural Ability to be the First American Ranchers/Farmers. Bruce Spent his early years on his Grandfather's Ranch in the Southwest. His Grandfather was a South Western Rancher who Worked all the Many Different but Connected Jobs on a Ranch which included Cattle for Beef, Cows for Milk, Chickens for Eggs and Dinners, Orchard for all Kinds of Fruit, and Fields for Cantaloupes and vegetables. The American West Gave us a Good Life.

As a Teen Ager I Became a Good Friend with an Outstanding Student Attending the Indian School many Miles Away from his Family. Once a Month I would Give him A Ride to the Rotary Meeting as we were both Student Rotarians From Our High Schools.

He was a Good Friend and I Dedicate This Painting To Him!

Maze Field Can Be Perfectly Paired Hanging In The Same Room With "Desert Farmer" Also By Bruce Swift. They Were Painted One After The Other. This Is A Large Painting That Is Properly Framed. It Is A Large Watercolor. Signed Giclees Available.